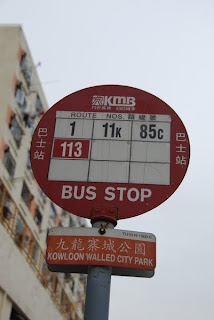 In the morning we took a bus to the Kowloon Walled City Park. This a park commemorating a development that used to be there. Said development can pretty much only be compared to the Brazilian favelas – tiny rooms-come-units that kept getting built on top of each other. Like the favelas, crime was rife, a city with laws unto itself. No running water, loads of tiny factories. Very interesting stuff, definitely worth a read on Wikipedia if you’re interested. This development was finally torn down in 1992 – no idea what happened to the masses of people living there, this is never mentioned in any of the exhibits in the park. Before it was torn down the whole city was examined, measured, and so on, and at the entrance there is a cross-diagram, and a bronze sculpture of what the Kowloon Walled City looked like before it was torn down. 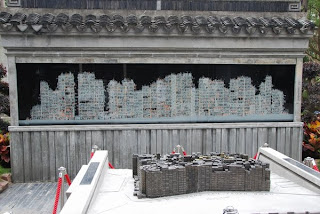 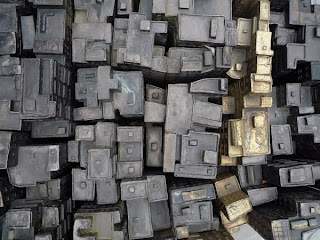 Top view of the sculpture, courtesy of mum 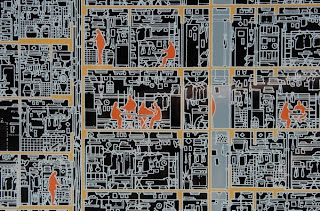 A close-up of the cross-diagram 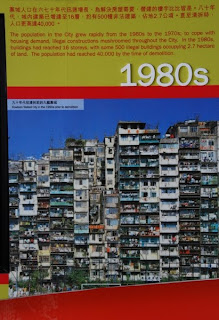 A photo of one of their exhibits, featuring a photo of the side of the City during the 80s.

Other than the sculptures and fixed exhibit (really well done, with digital touch screen photo albums), there is a really nice park. This old man took his bird there for a walk to ‘talk’ to the other birds in the park. 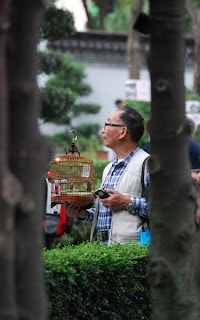 There’s also a small enclave with bonsai trees. (I always thought bonsai was strictly Japanese, but apparently not.

This old dude saw us standing around all tourist-like and came over to have a chat about one of the floor murals (Dad’s photo below), which was made up of recycled beer and other bottles. Then he toddled off playing his flute. A bit odd, but a really nice guy. 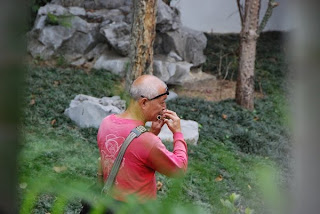 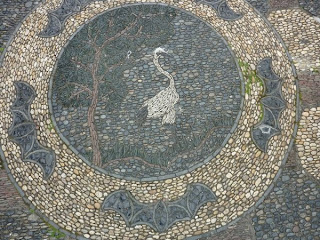 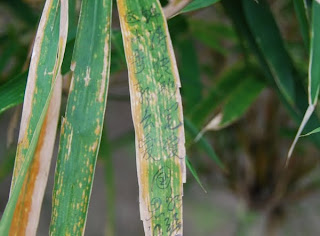 On the way out I saw that someone had scribbled onto a bamboo leaf.

Nearby there is a cemetery that we checked out. Rows and rows and rows of graves up the hill.
I’ve never been to an Australian cemetery, but this is so very different to what I’m used to from German cemeteries (lots of greenery, massive trees, all on one level). 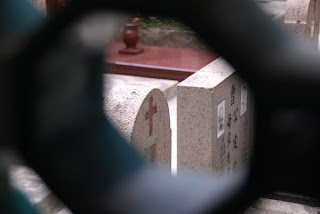 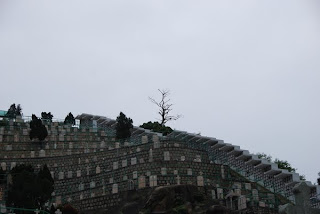 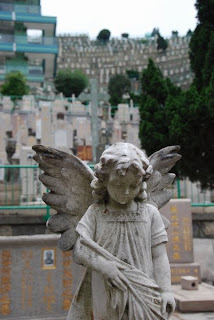 After all this walking around it was definitely time for lunch – yum cha at Maxim’s City Hall. YUMmy indeed! 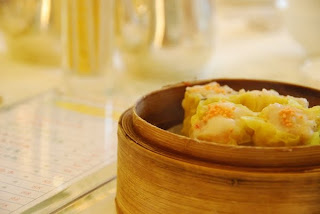 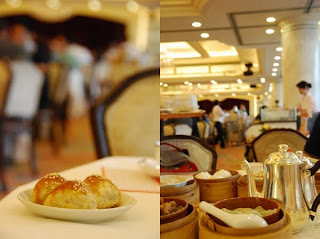 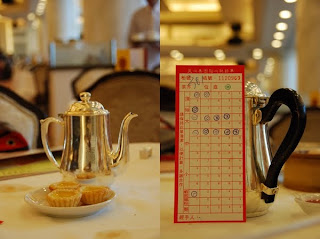 Then the boys took off for more gadget shopping (we had been thinking about getting the HTC Desire, but it wasn’t really cheaper in HK than in Oz, unfortunately), whilst the girls went on a mission to find mum a pair of shoes for the wedding. Unbelievably we didn’t find anything – shoe sizes in HK are (on the whole) not made for big European feet 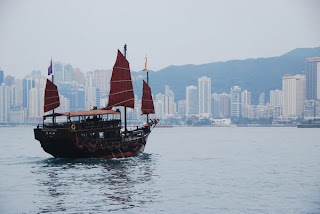 Spotted from the Star Ferry on our way back to Kowloon.

Our last day of Hong Kong shenanigans to come.