Our first full day began early with a 2 hour bus ride to the famed Cu Chi Tunnels. The expansive tunnel system was used by the Viet Cong as a hideout and base of operations during the Vietnam War. During our tour we climbed in and out of the (original-size) rather tiny, concealed trap doors, as demonstrated by Ton; and also crawled through part of the original tunnel system, although that part had been widened to accommodate tourists. The tunnels were ventilated by holes concealed as ant hills as seen in the image below. Examples of the Viet Cong sandals were also on display.

The next stop was back in Ho Chi Minh, the War Remnants Museum. Before a change of name it was more aptly known as the War Crimes Museum – the various exhibits include war time photographs of atrocities; photography of victims and descendants of people affected by Agent Orange; reproductions of prison cells; a French guillotine, and various pieces of military equipment in the grounds. We didn’t spend as much time here as I would have liked to really take in every exhibit – suffice to say the horrors of war, including generational effects, are very much driven home. {Side-note: The Vietnamese are not a people to dwell on the past – from the locals we spoke to, and from what our guides told us there seems to be no lingering animosity between Southeners and Northeners, and American tourists are welcomed with open arms.}

From a graphic design perspective there is a great exhibit featuring anti-Vietnam War posters from around the world.

Next up was the Reunification Palace – residence and workplace of the President of South Vietnam during the Vietnam War – and most famous internationally from the footage of the North Vietnamese tank crashing through its gates during the fall of Saigon.

For our New Year’s Dinner the whole group went out to a charcoal BBQ restaurant where we indulged in garlic-laden beef strips cooked on the open fire, and copious amounts of ba ba ba (333), the local, delicious beer.

The traffic in the centre of Ho Chi Minh City is crazy at the best of times, but New Year’s Eve is the busiest traffic night of the year, with people from the surrounding areas packing their whole families onto their scooters and driving into the city centre to hang out and watch the fireworks. By the time we had walked back to our hotel the entire area was one big sea of people and scooters, and eventually the traffic came to a complete standstill. We rang in 2013 with two other couples from our tour on the rooftop of the hotel, and had a spectacular view of the thousands upon thousands of scooters clogging up the main roads. 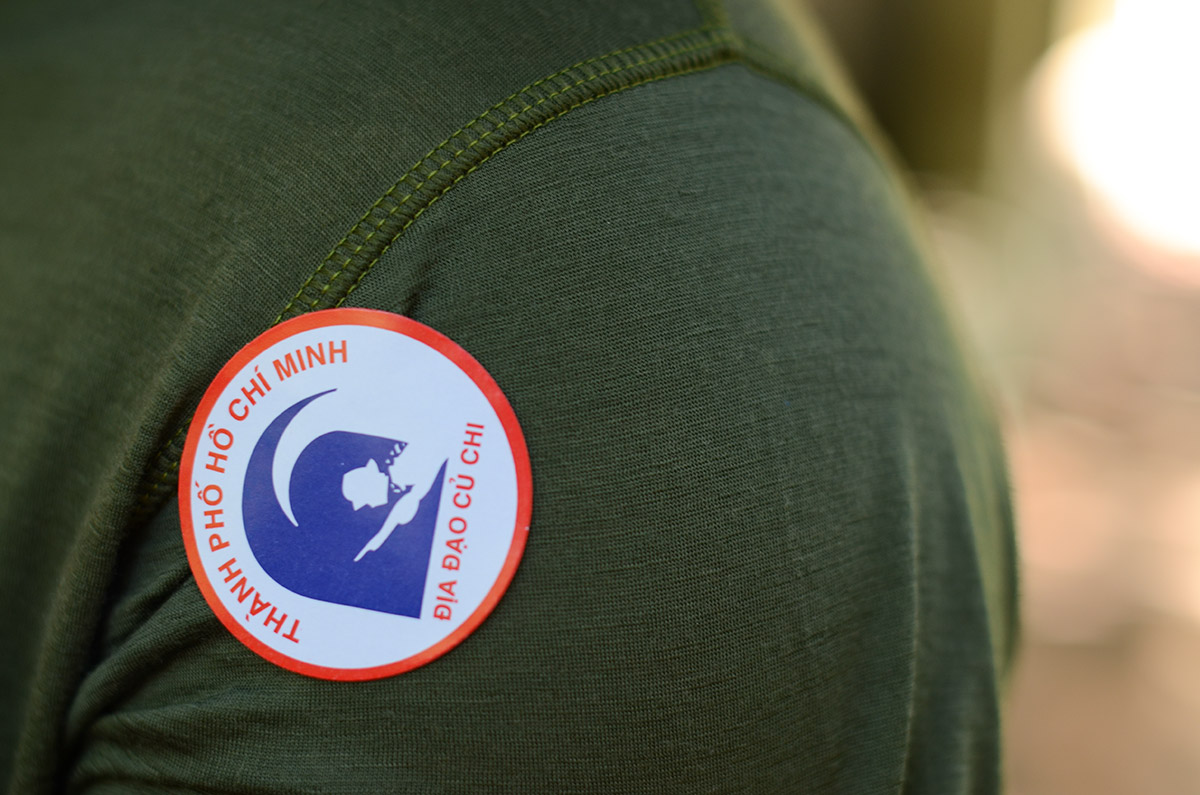 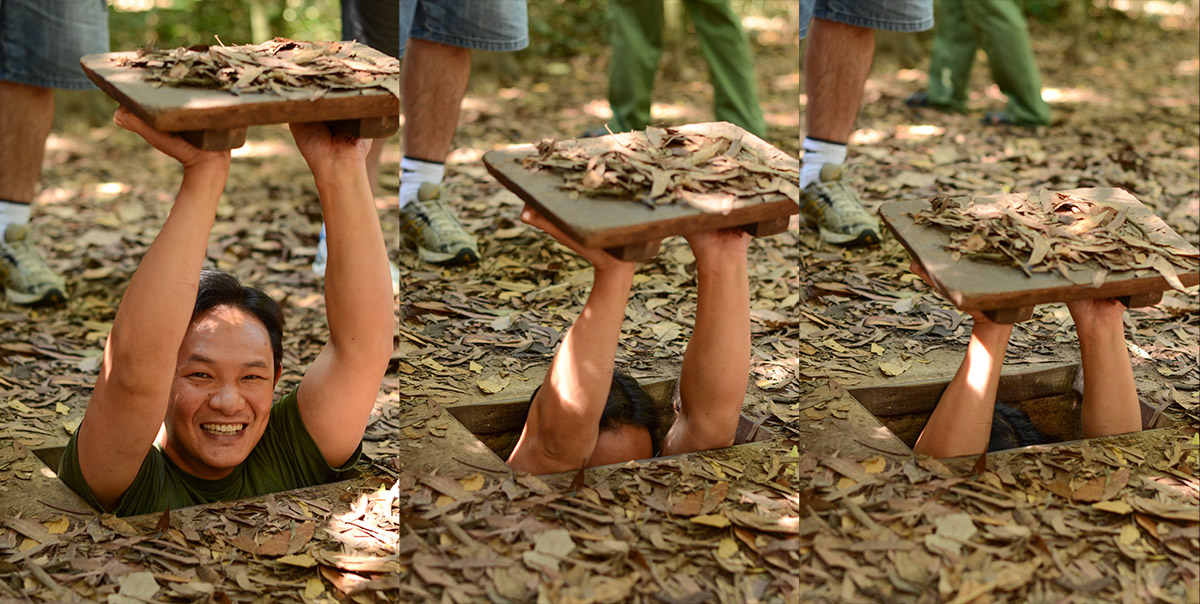 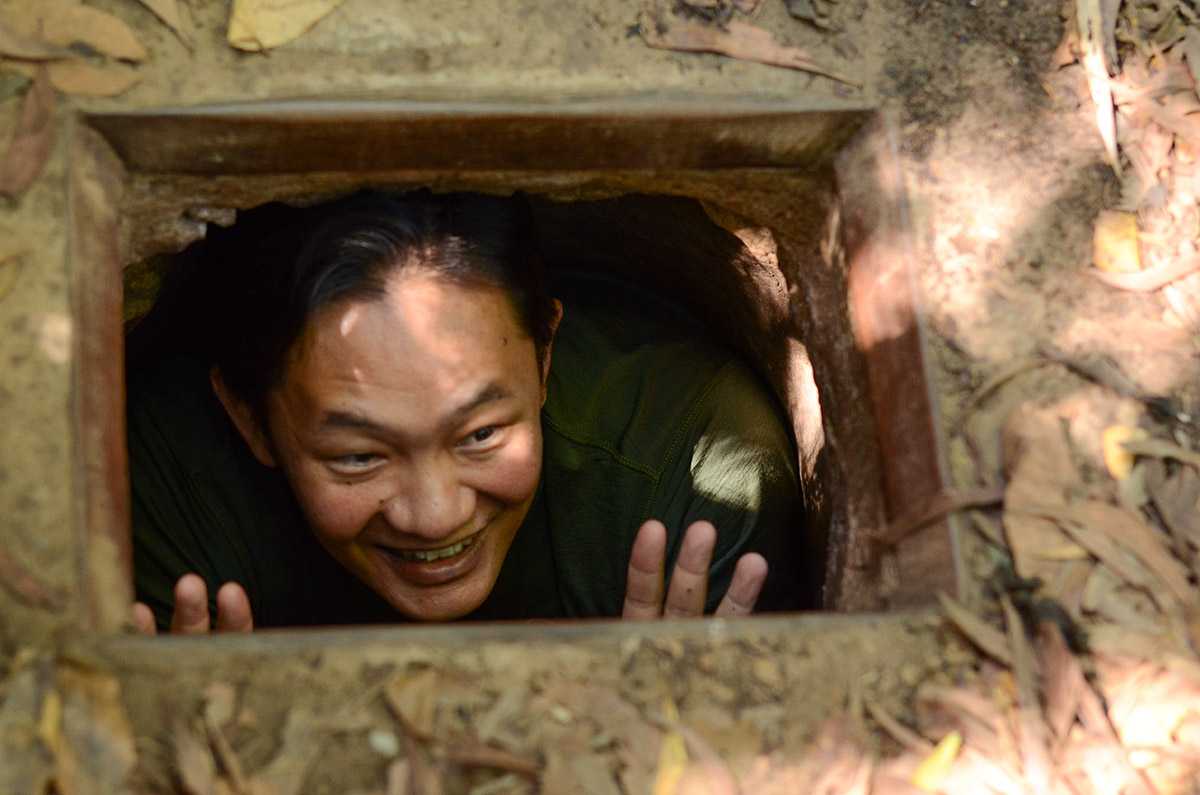 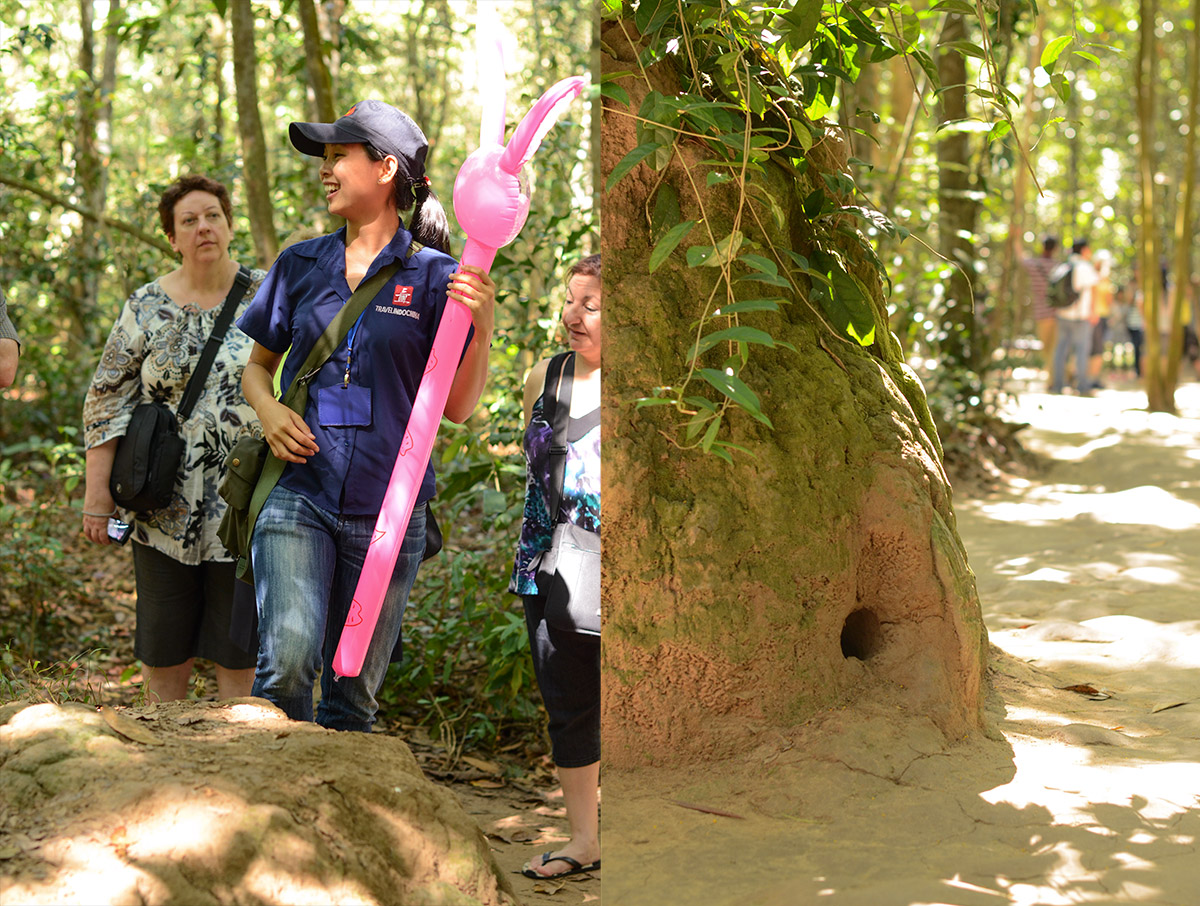 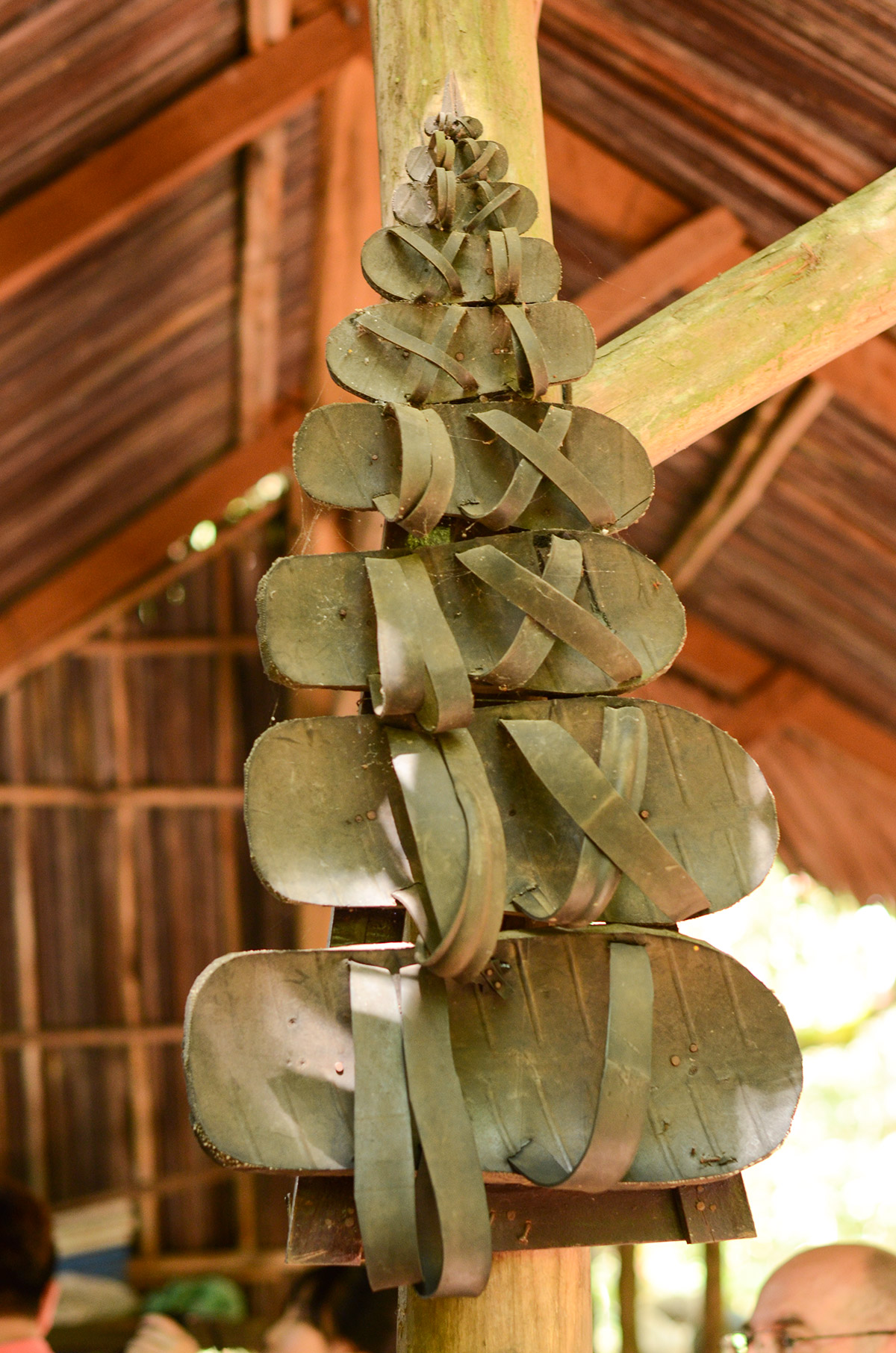 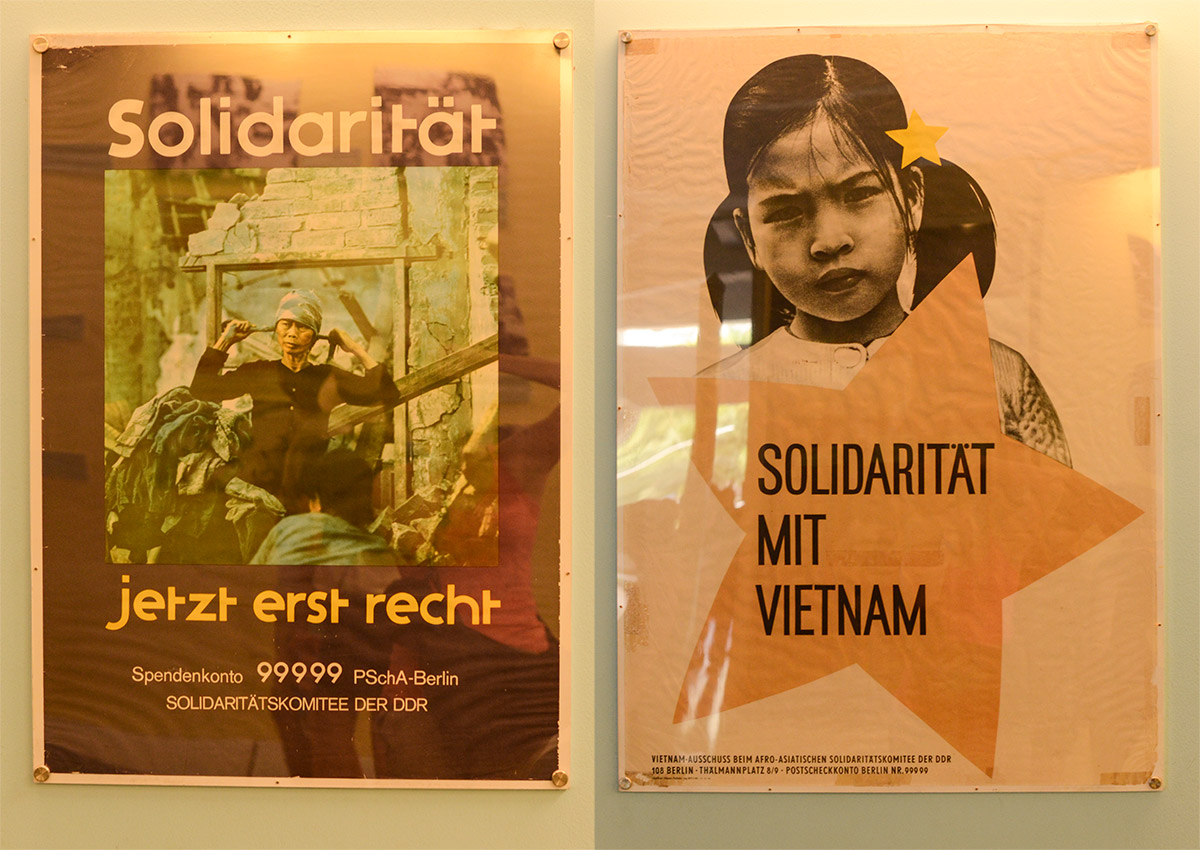 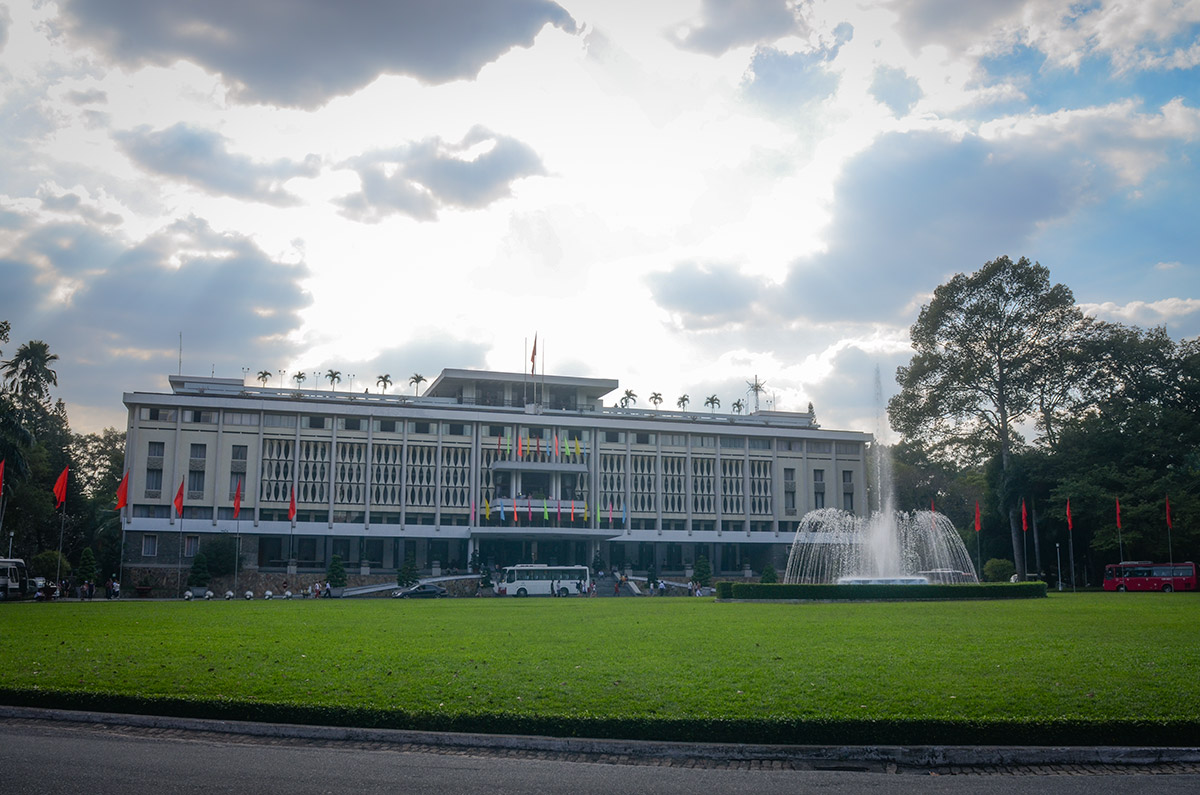 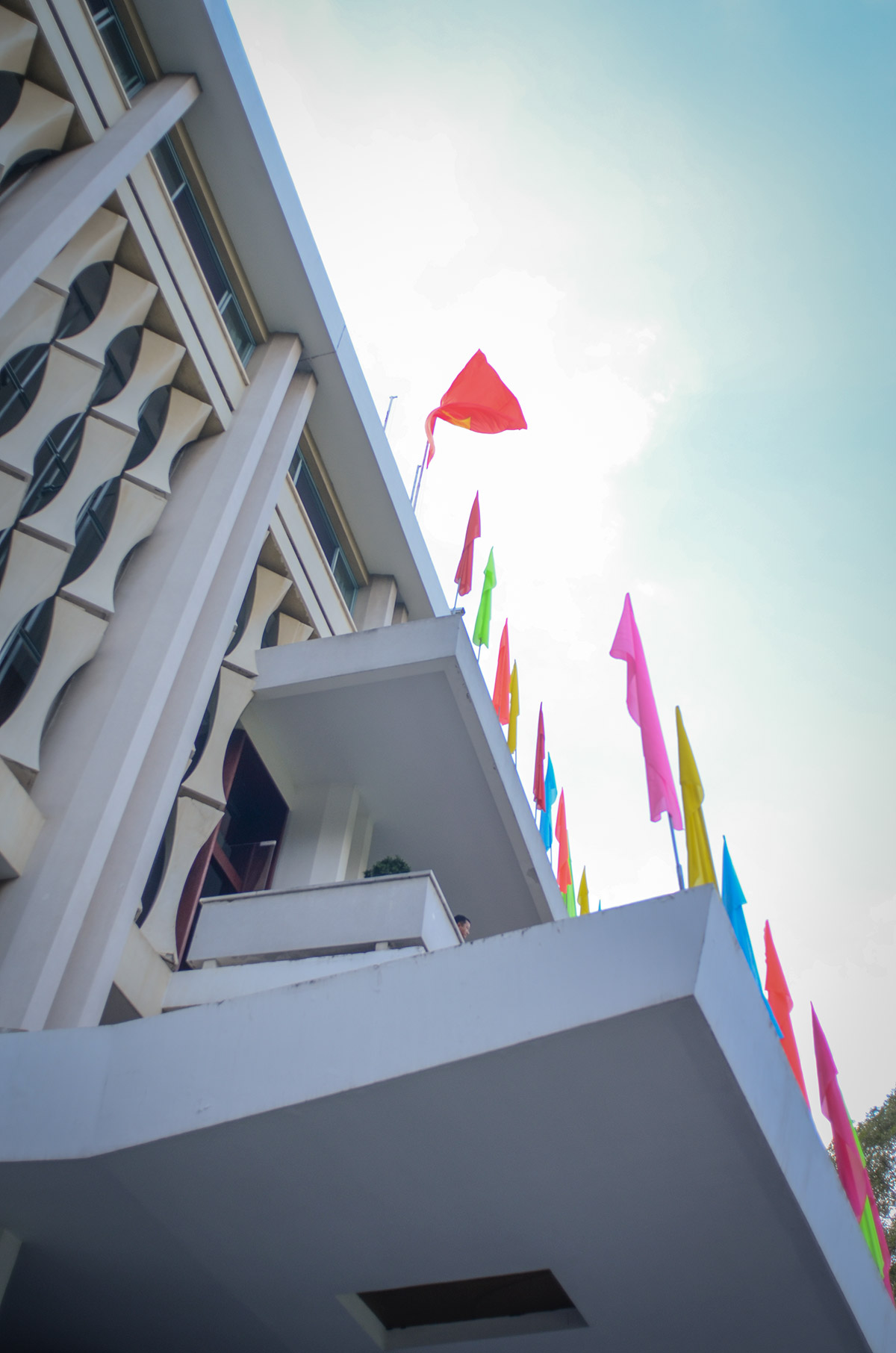 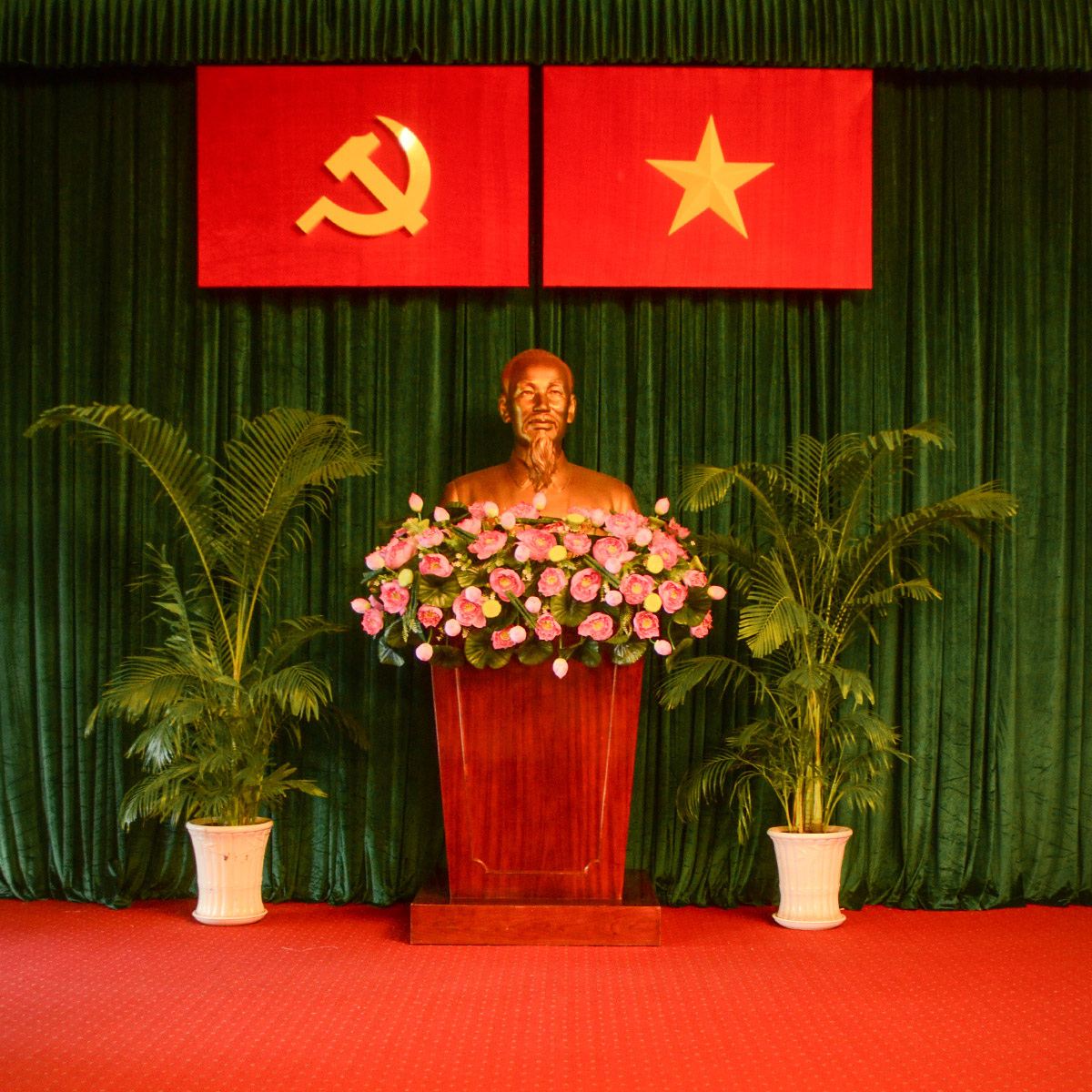 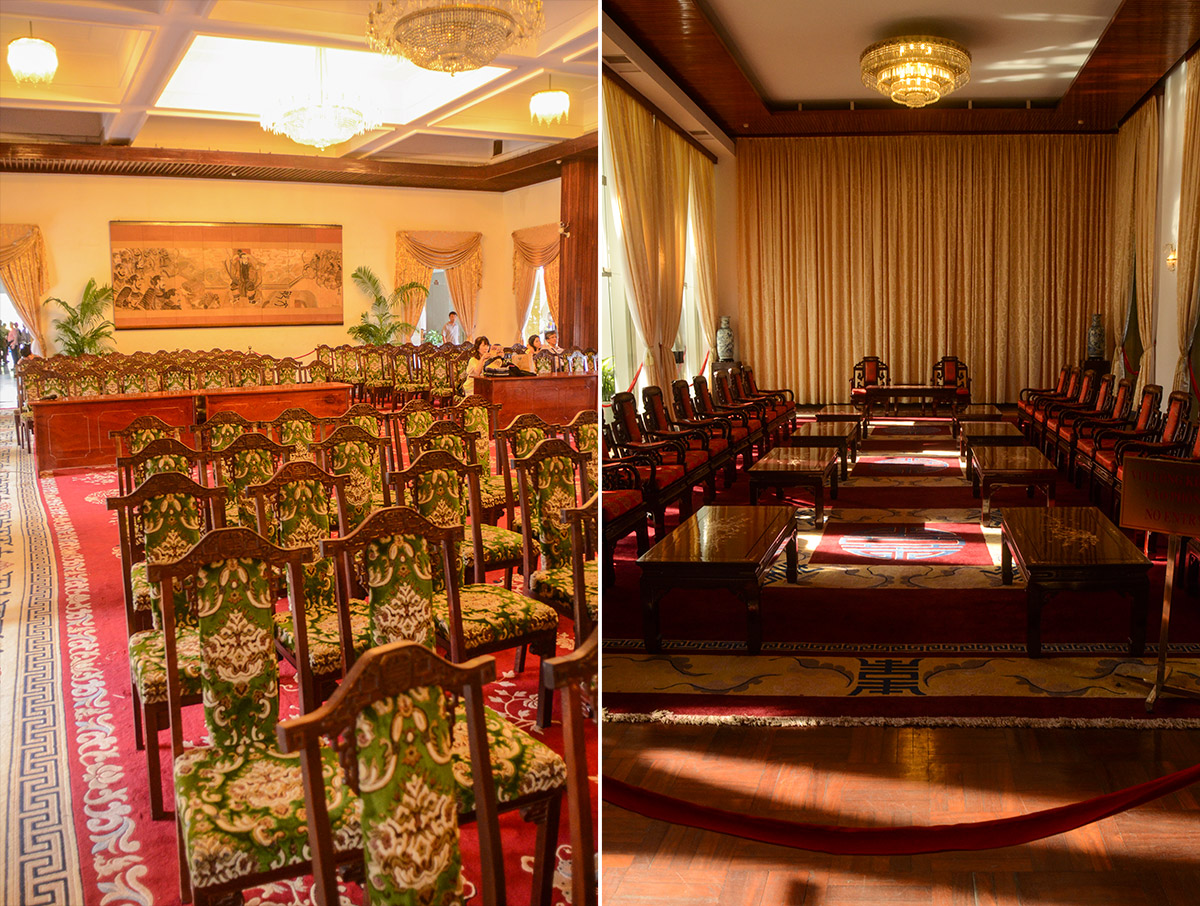 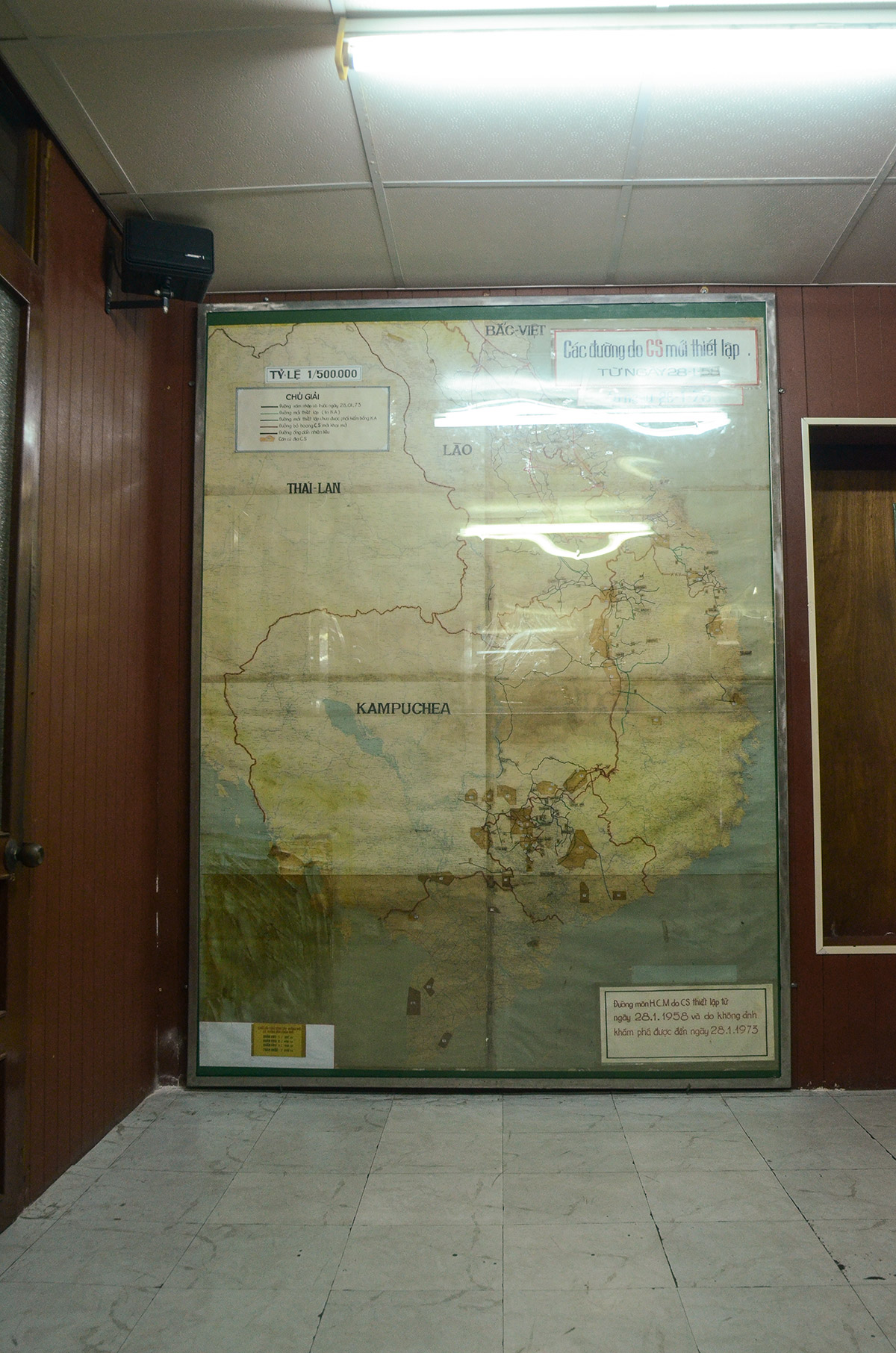 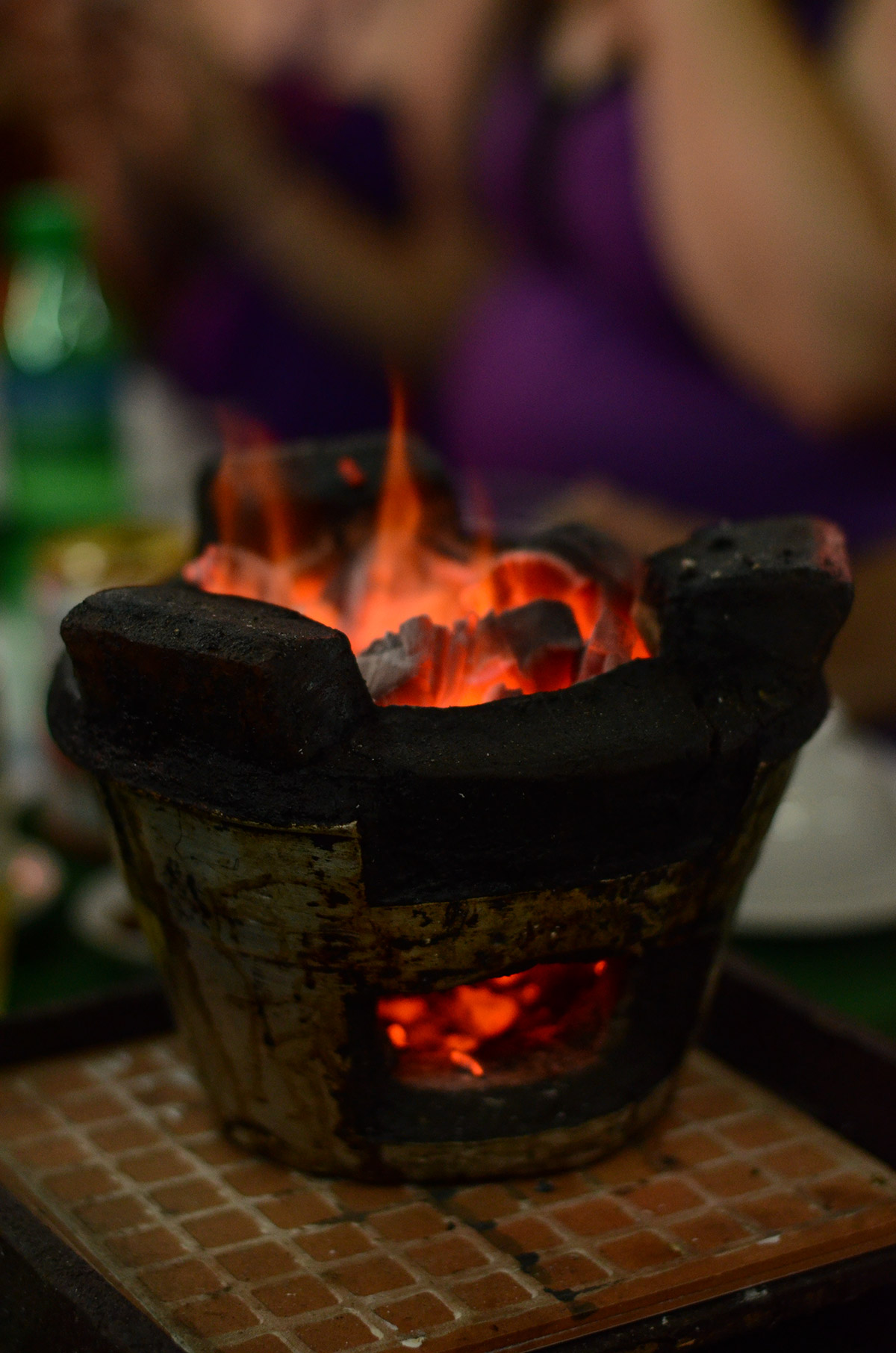 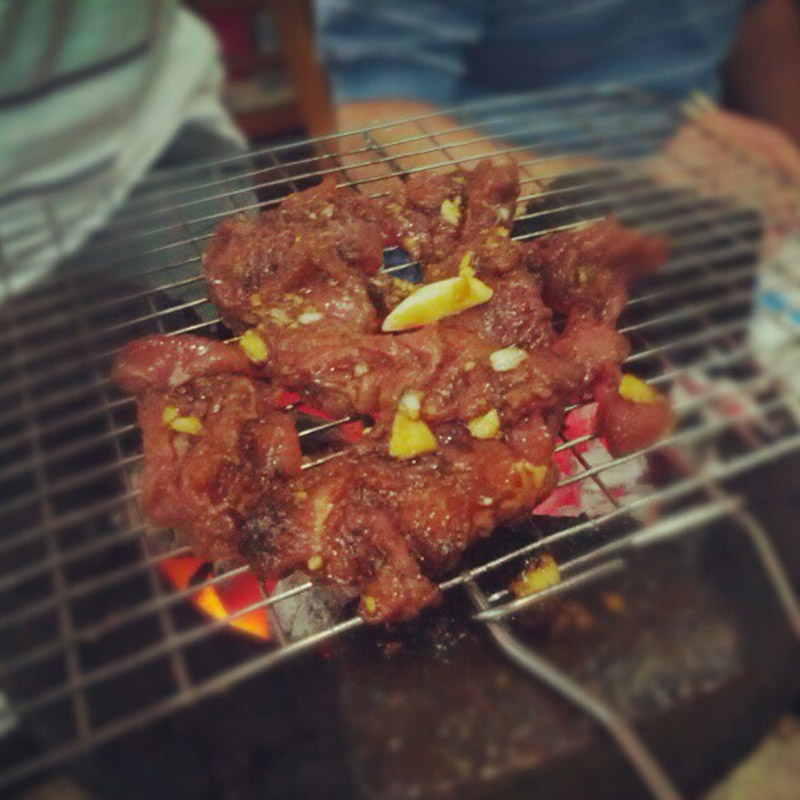 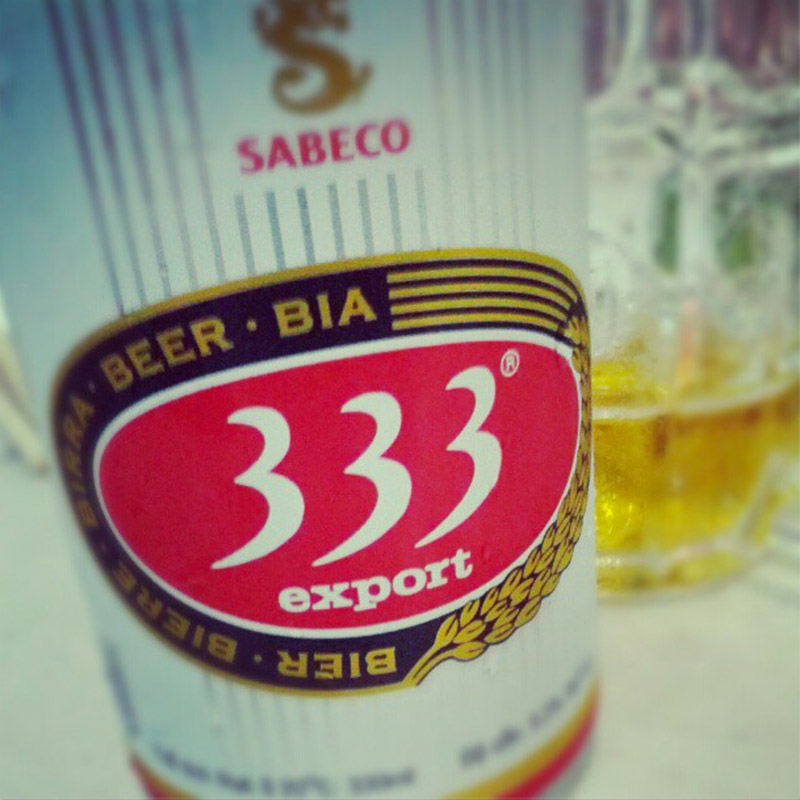 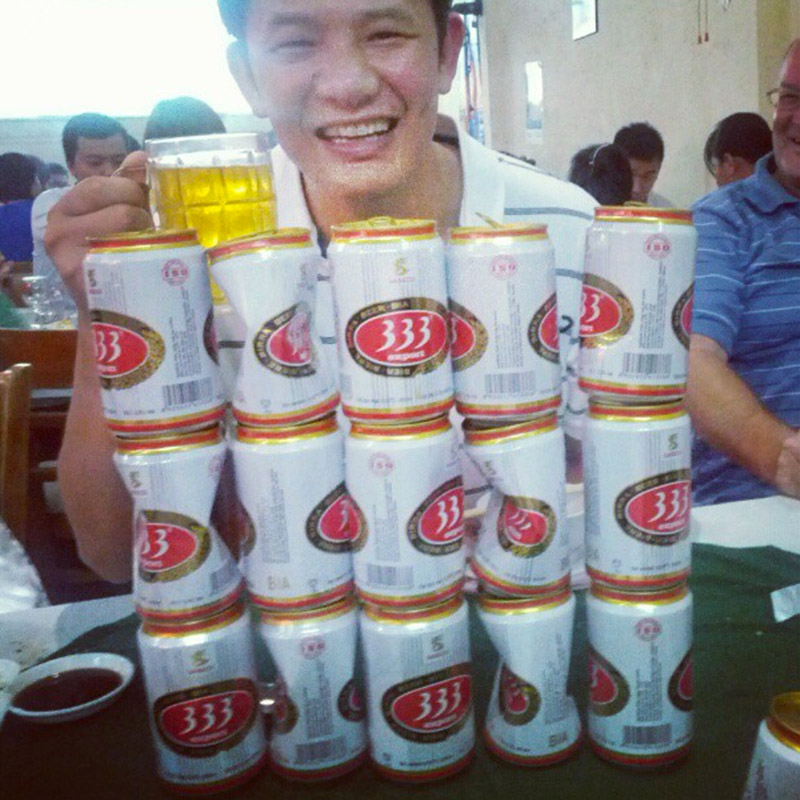 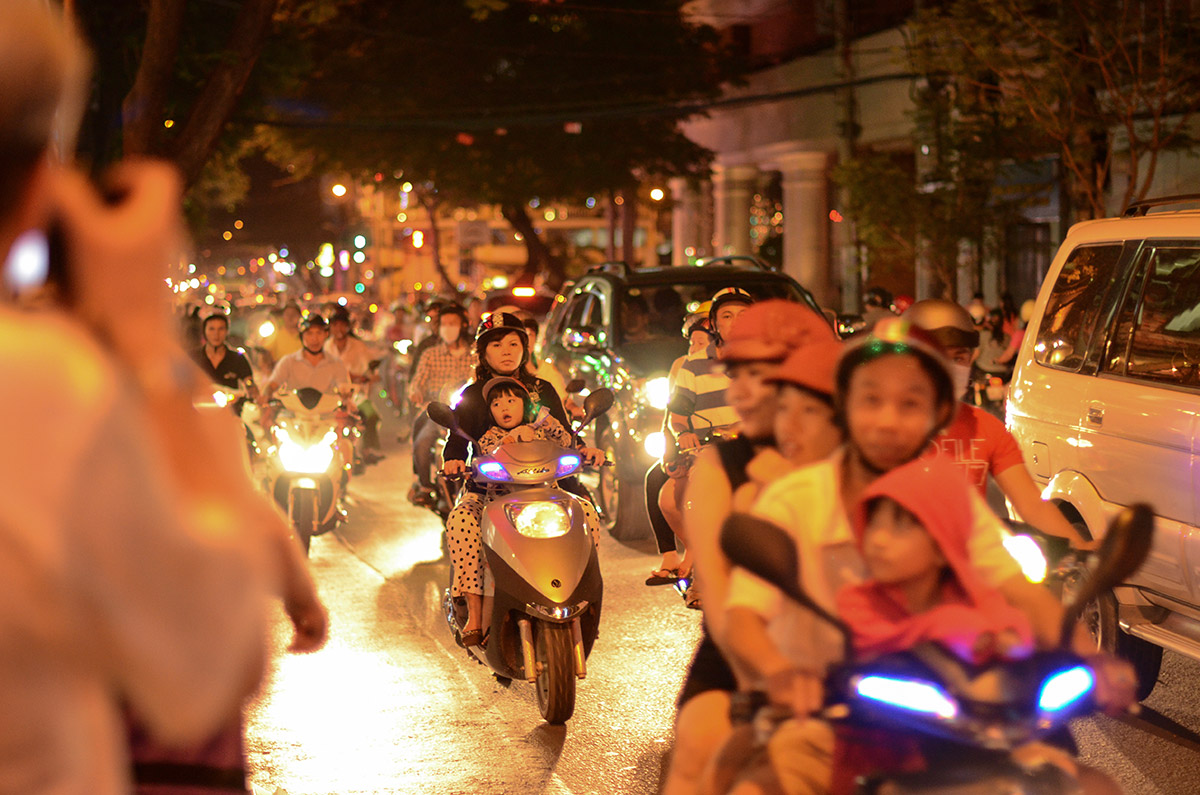 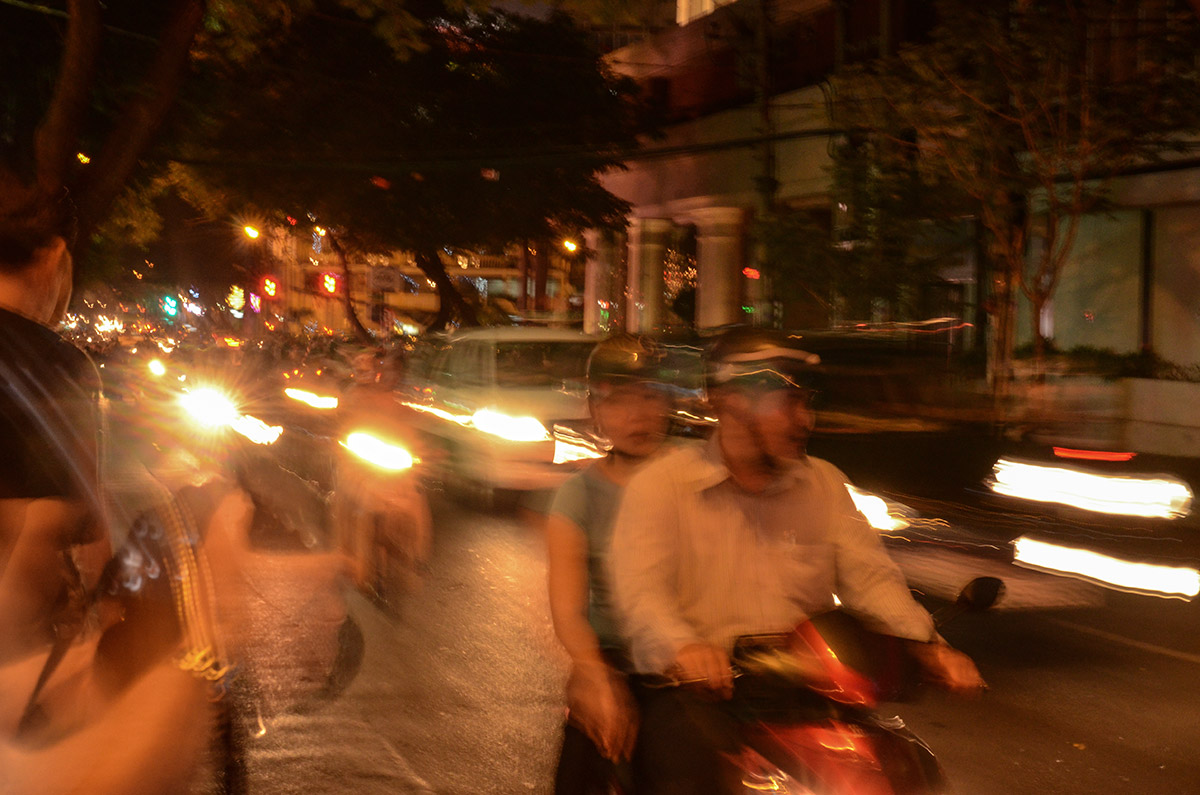 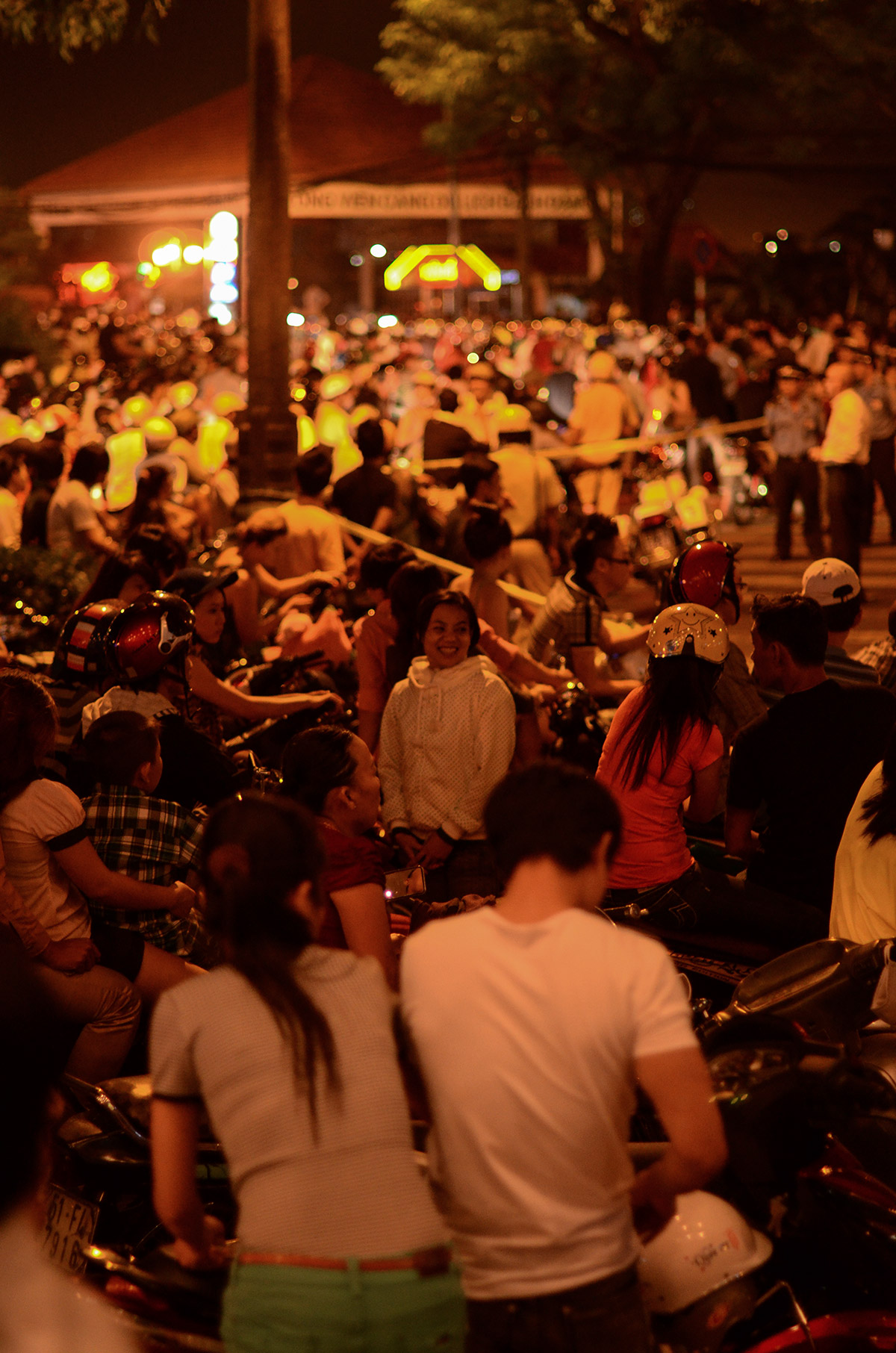 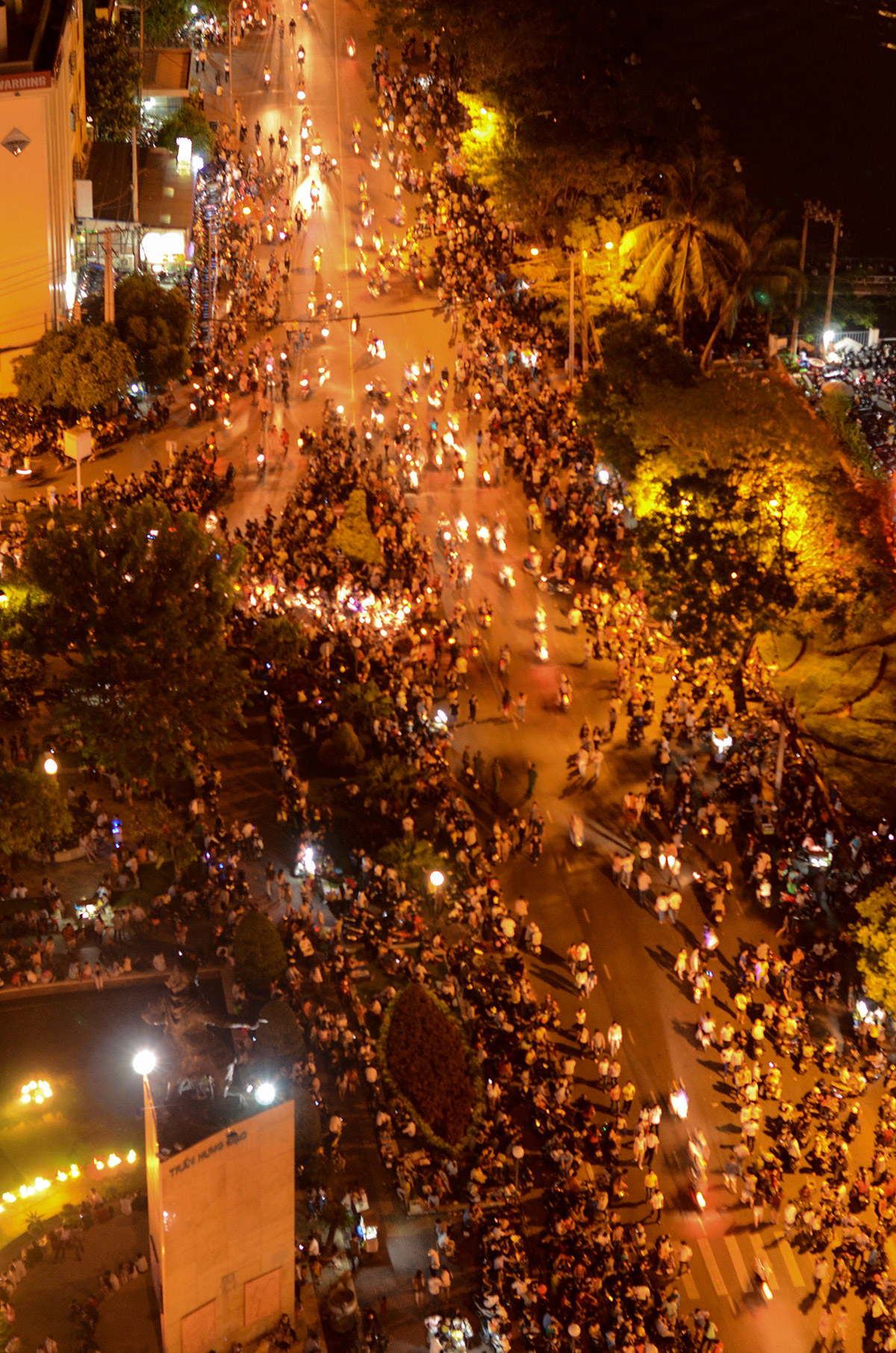 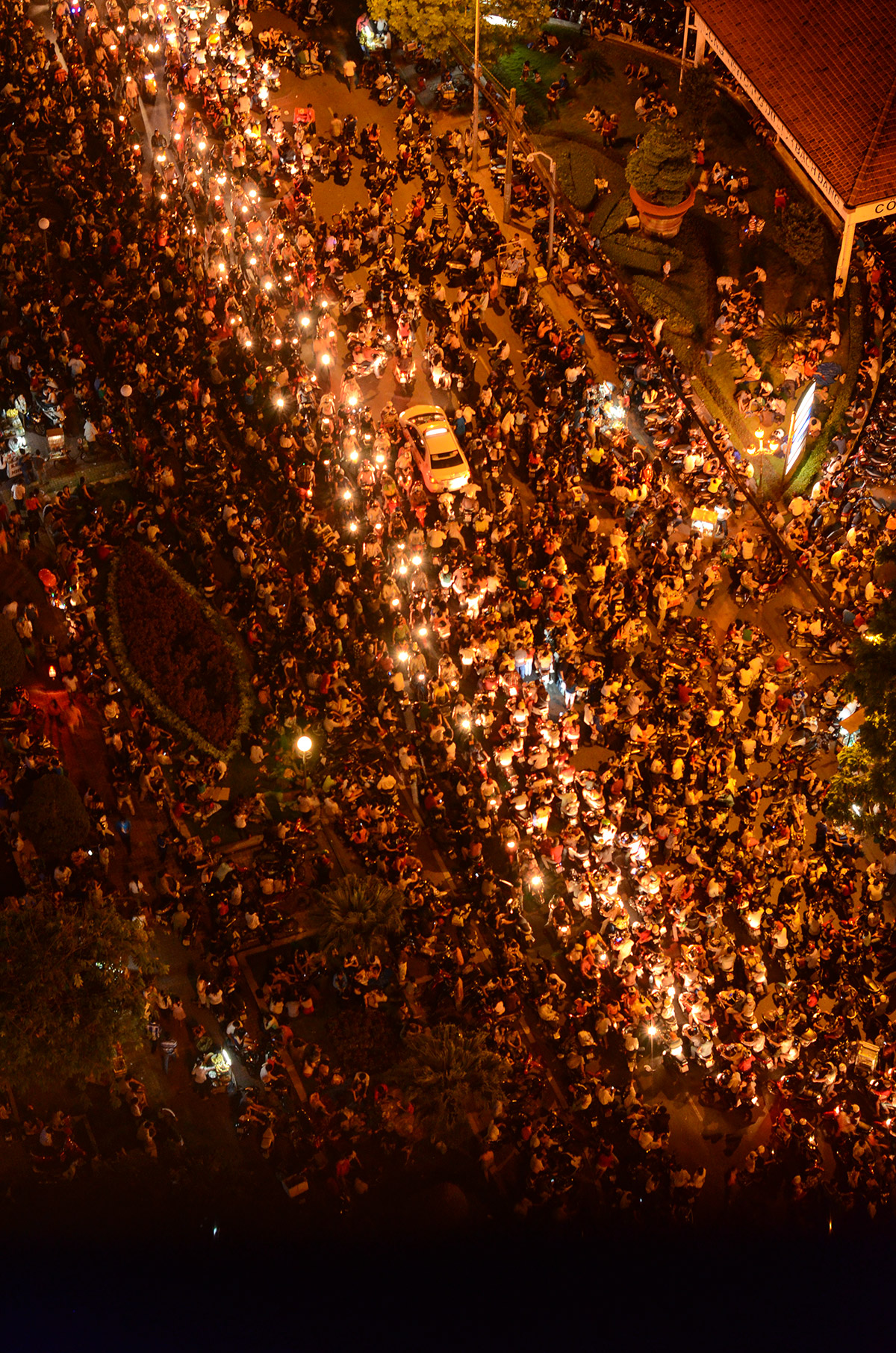 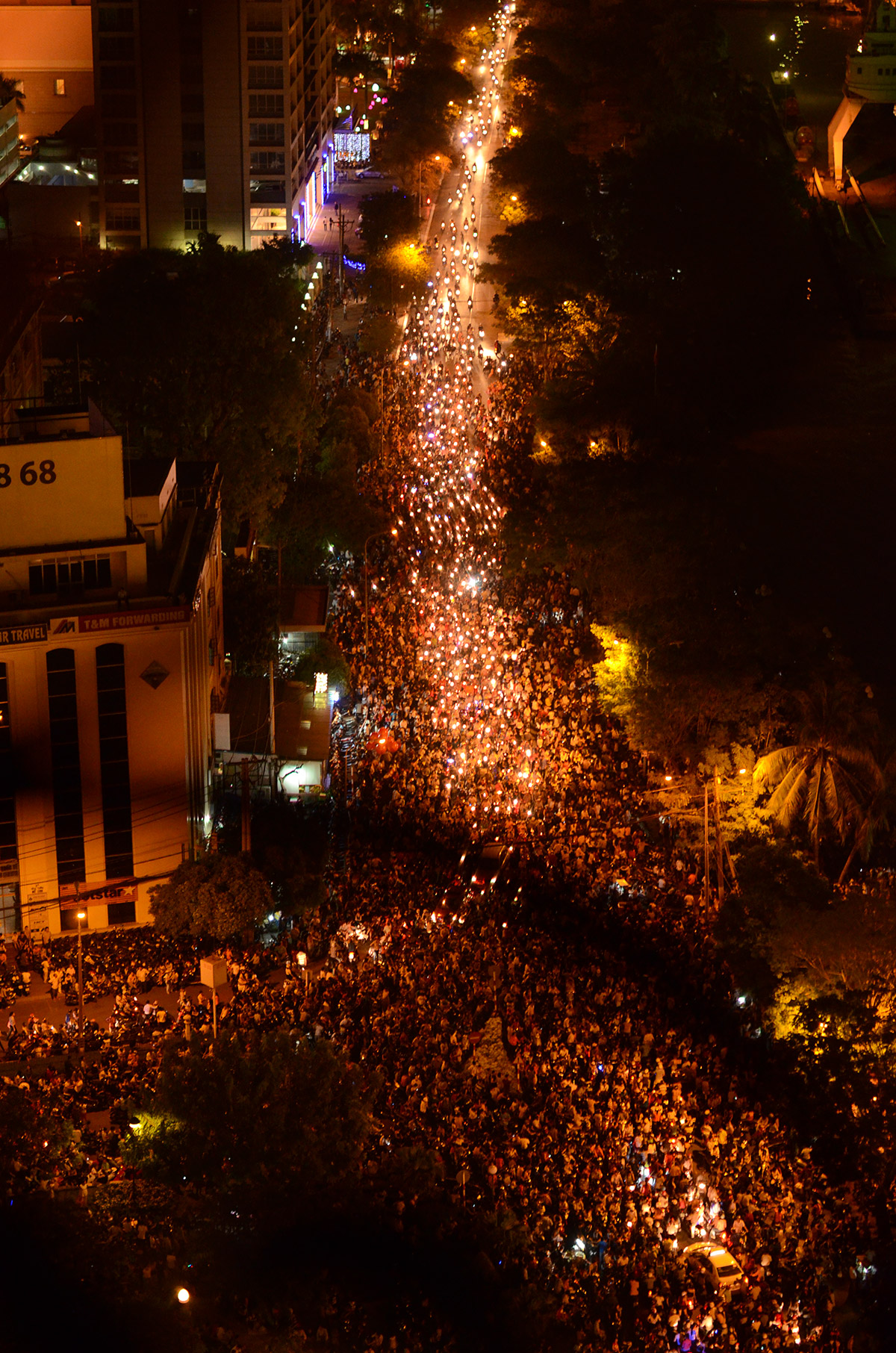