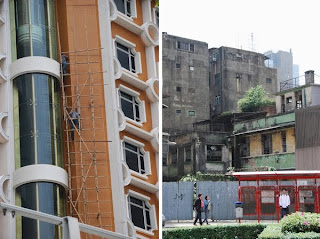 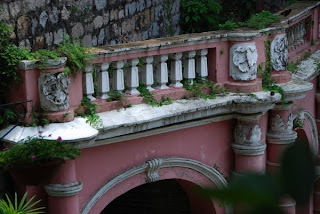 Where our ferry landed it seemed to be a bit of no-man’s land, there was hardly anyone there. We had a quick lunch in one of the casinos (this is apparently the China version of Vegas, but not really our scene)
Then we walked for quite a while towrds Sandado Square, where there was a large crowd around this food vendor, who made small, pan-cake like biscuits. They tasted a little like shortbread, very yummy. 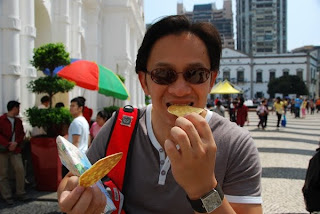 After our little snack we wandered around, pretty much aimlessly, whatever took our fancy – shops, market stalls, small alleys, other squares. Some more impressions of Macau: 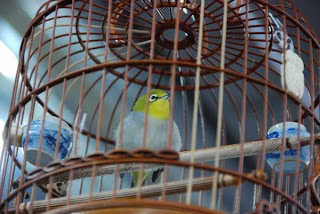 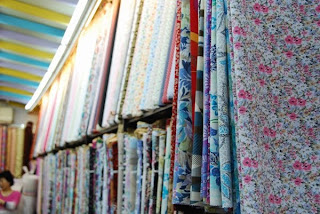 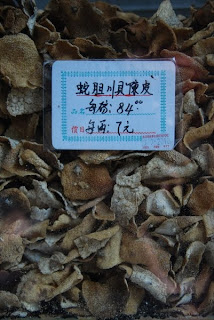 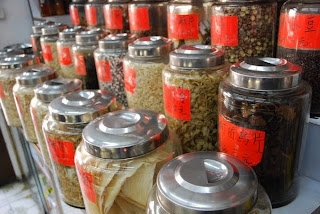 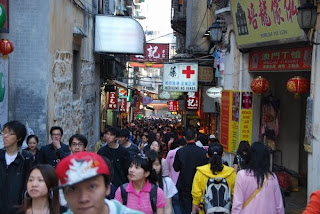 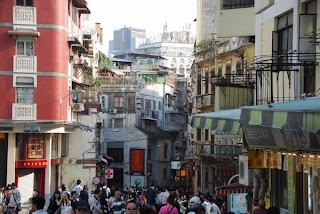 We walked all the way up to the ruins of St. Paul’s, which used to be a church that burnt down about 3 times, and now only the facade is left. 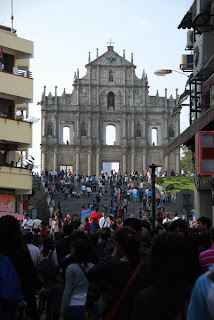 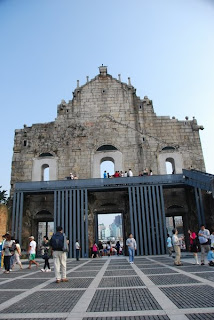 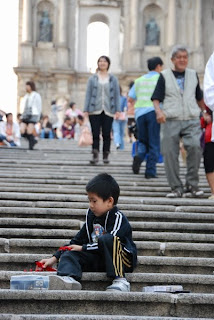 Cutest kid ever, sitting on the steps leading up to the ruins.

St. Paul’s Ruins are situated in another lovely square, with lots of outlets that sell another yummy Portuguese specialty – egg custard tarts, but with slightly different pastry to what we usually get in our Aussie yum cha restaurants. Funnily enough, on the ferry back to HK many of our fellow travellers were holding onto bags with large boxes containing these tarts; much like it used to be on flights from Sydney to Brisbane with Krispy Kremes before they opened shops in Brisbane. 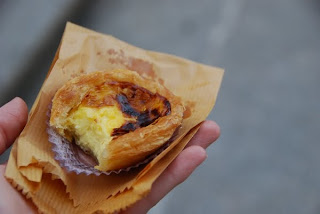 I think it’s best to keep my travel blogs image-heavy; there were so many visual impressions, so here are more photos: 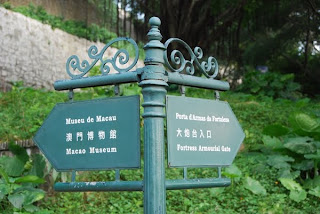 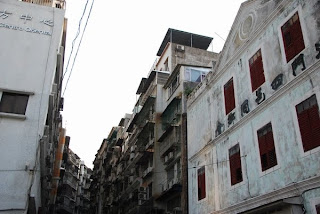 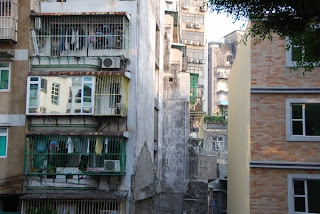 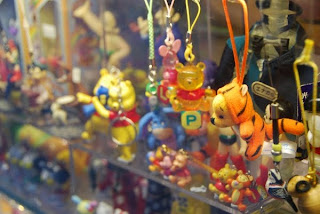 We found a delightful little restaurant just off Sanado Square, Restaurante Platao, serving traditional Portuguese food. For entree we had eggplant filled with tomato and cheese, then baked. The main dishes were both Bacalhau baked in a dish – it’s a Portuguese salty catfish. Sounds weird, but tasted really nice, and was their specialty dish. 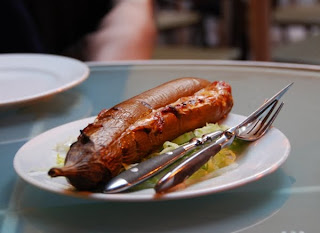 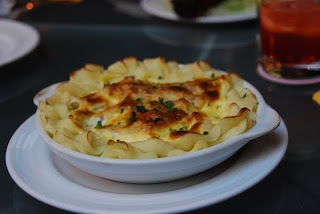 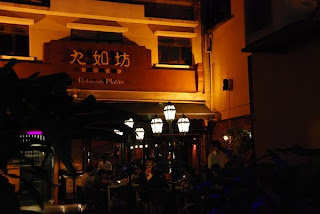 After dinner we walked half an hour back to the ferry terminal, which was a lovely walk, with all the lit up casinos. Macau at night: 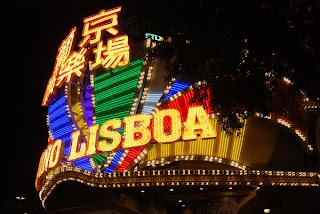 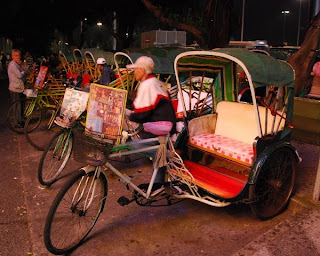 That was a lot of photos, but a picture says a thousand words, so hope you guys enjoyed.